Totes a scammer. Met him on hinge, an online dating app. Very intense, grammar poor and blocked me when I called him out

Please post as much information about the scam as possible. It will help save others from getting scammed too.

If you are unsure what to post you can send everything to me at my E-mail address which is below.

He goes by Eric Andrew and Andrew Erickson on Pinterest. He said he is deployed in Nigeria. Lost his parents when he was 7 in a car accident. No siblings. His grandmother raised him. He’s from Fresno California. Divorced 2 years ago. Has a 9 year old son Benjamin. He claims he needs 1,700 to come home early. He also requested a gift card to give a friend so he can use his friends SIM card. Needs money for food and medications. Tells me he is coming to get me very soon and we will marry. 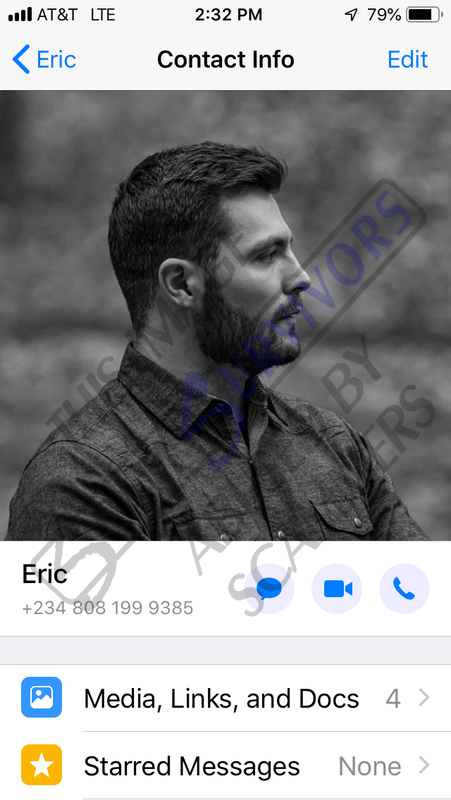 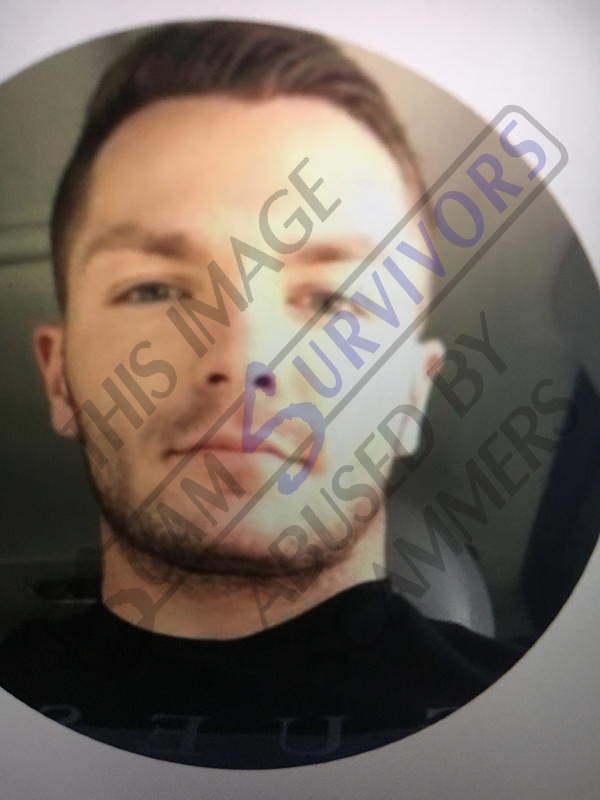 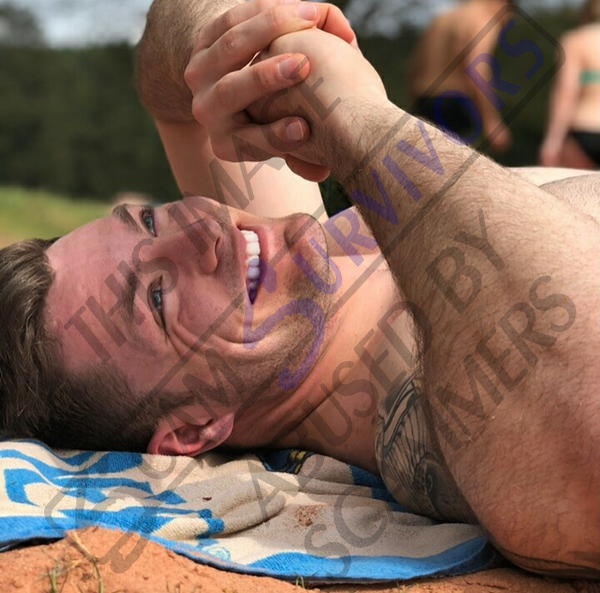 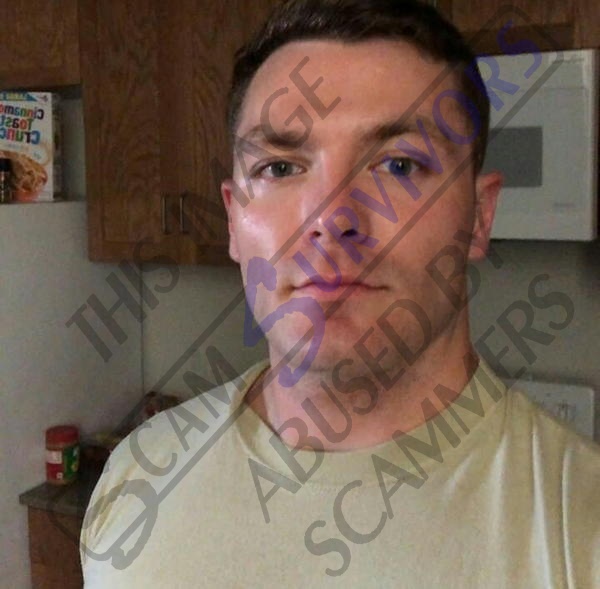 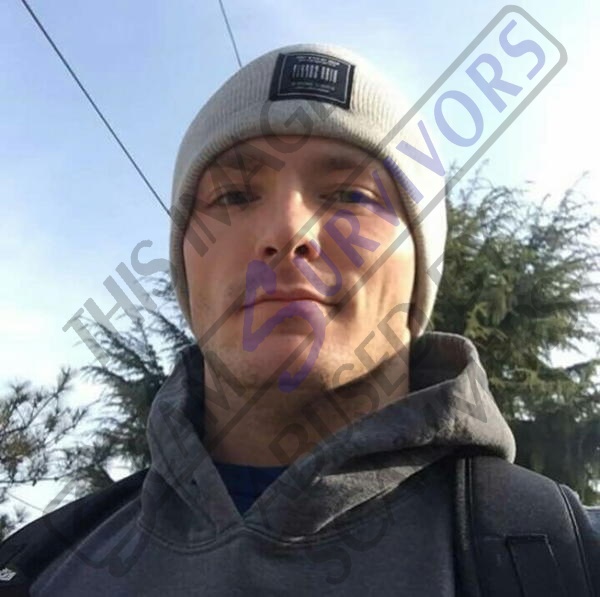 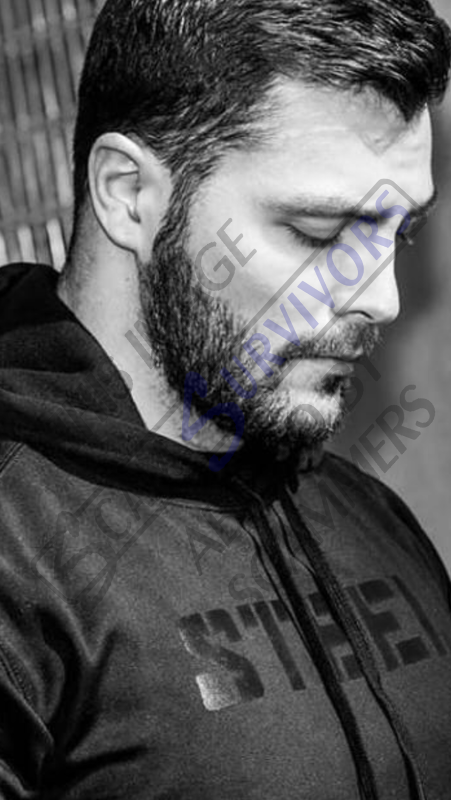 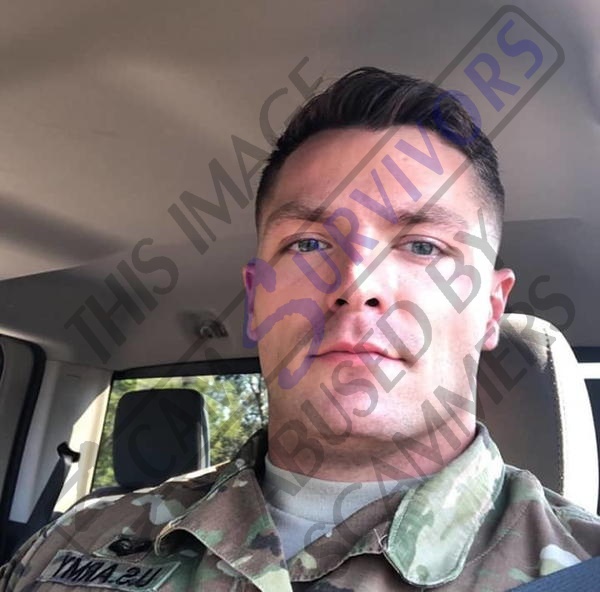 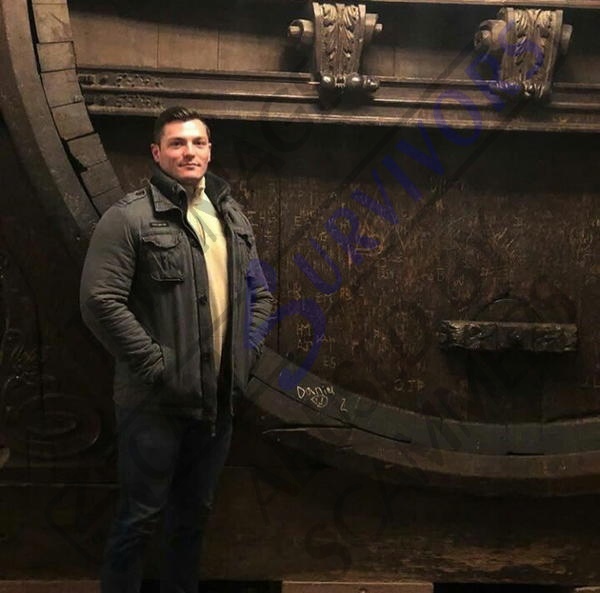 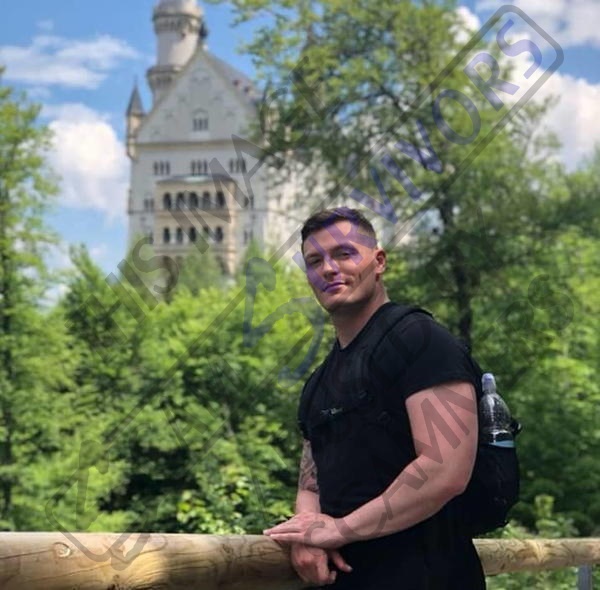 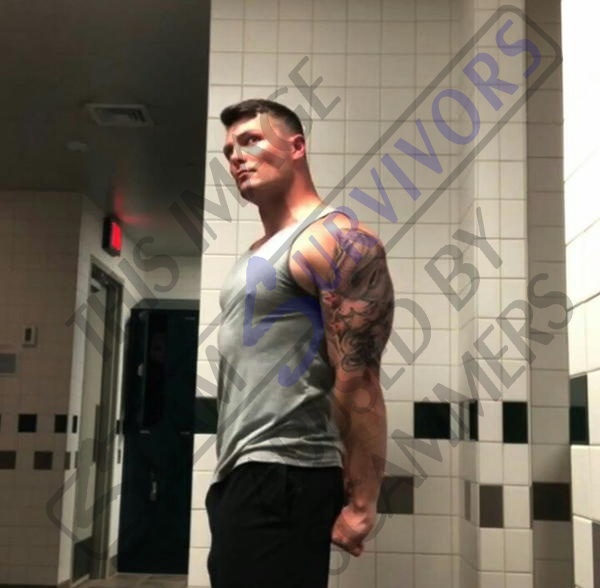 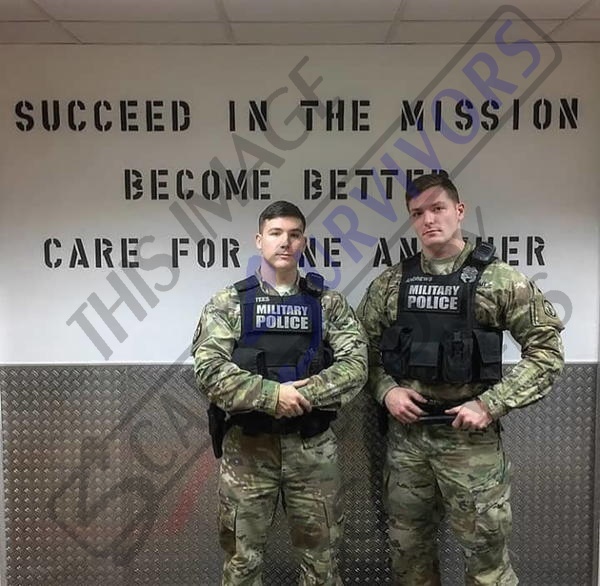 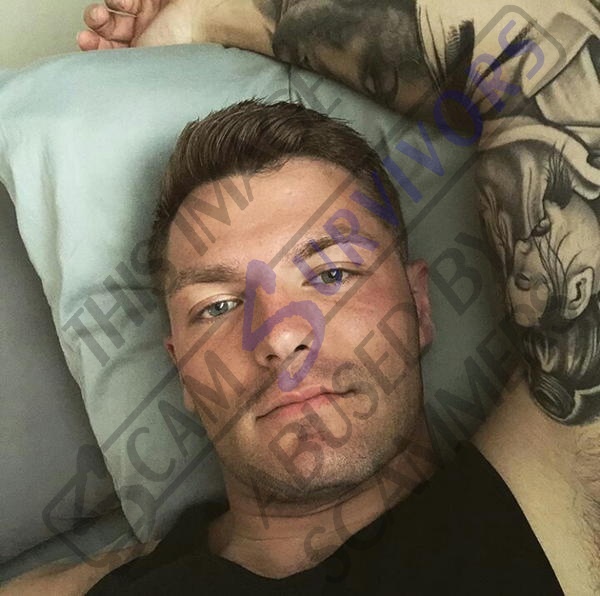 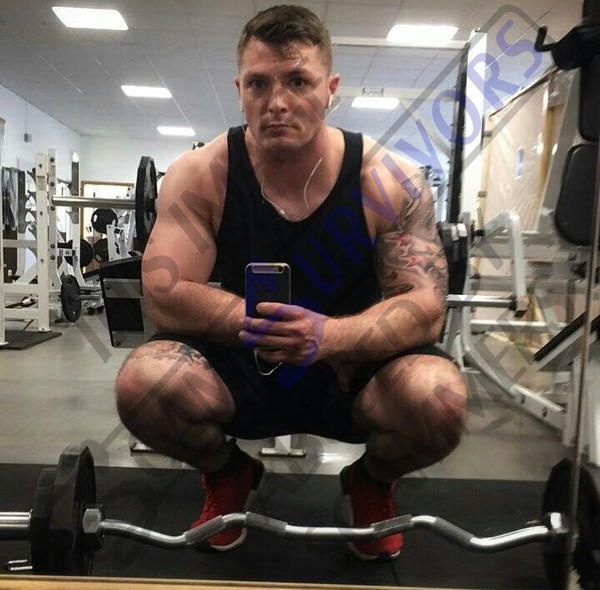 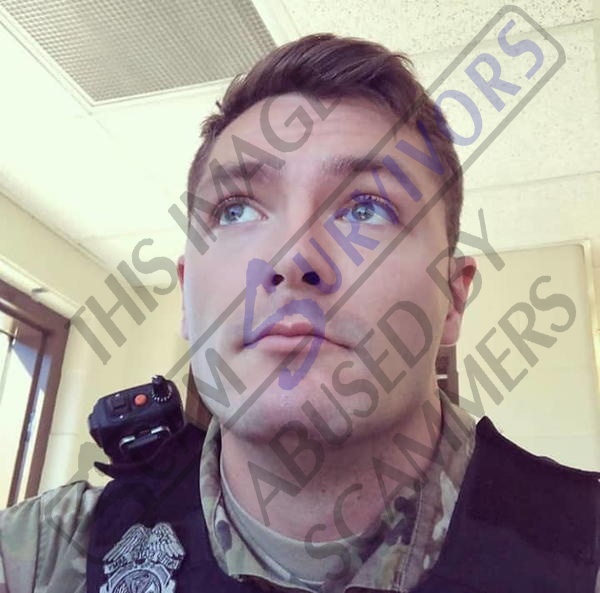 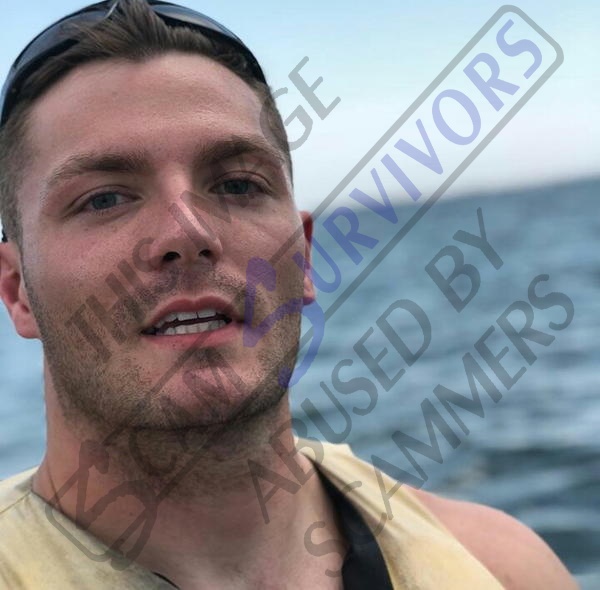 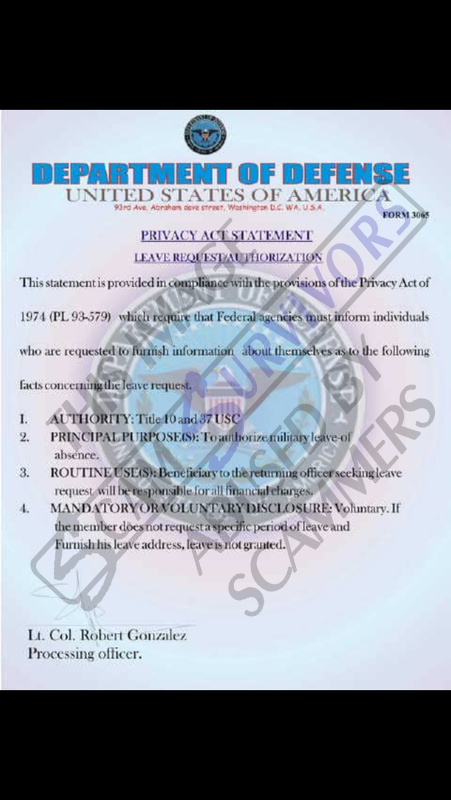 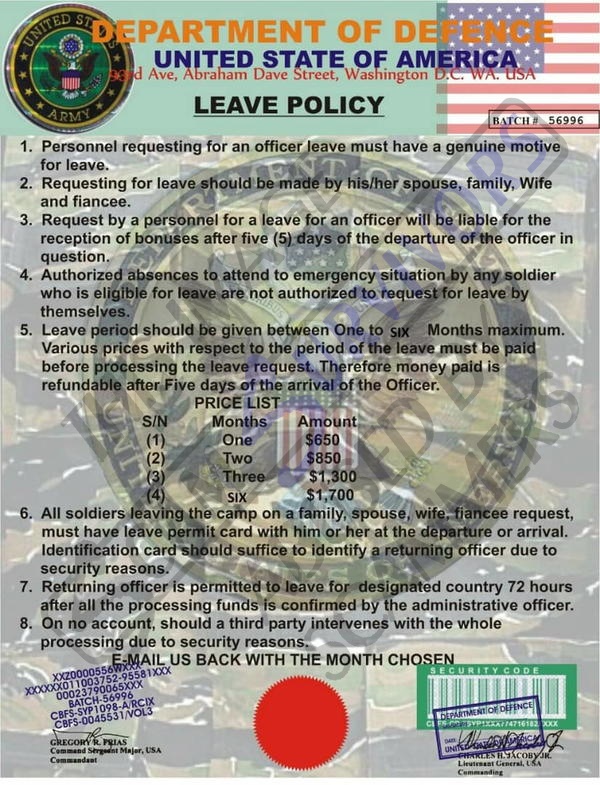 Phone Number:
+2348081999385
Number billable as mobile number
Country or destination Nigeria
City or exchange location
Original network provider* Bharti Airtel Ltd (Celtel)
"Look for the lies."
Being Blackmailed? Go here and do this first: https://blackmailscams.com/
The information you supply can help others from becoming Victims.

More from a survivor:

"I met him on the Facebook and he was called Passey Ganeth. Later he told me that his real name was Tremblay Andrews. He moved from Canada to Nebraska USA, with his mother when he was five. Never knew his father. No siblings and no close relatives. Special Forces soldier, being deployed in Libya after Afghanistan, fighting against ISIS. His mother died when he was 37, and his wife passed away later." +14302030138
Found on Tinder. According to him his name is Matthew Stevens. I don't know who the owner of the pictures he uses in tinder is. Maybe you can help. He uses other pictures now, but I can't upload them.

You can send the information to me. My E-mail address is below. I will also send an E-mail to the address you joined or site with.
"Look for the lies."
Being Blackmailed? Go here and do this first: https://blackmailscams.com/
The information you supply can help others from becoming Victims.

NoVicTim,
Do not tell him you found him here, or that he is a scammer. Just drop him cold everywhere. Do not respond.
Expect an email from one of the staff later today to share more information.

What name did the scammer use?: Mark Steve ANDREW
What site/app did you first meet the scammer on?: Tinder
What email address(es) did the scammer use?: none, but found one of either a false profile or the person behind the mask: scottherry7474@gmail.com
Briefly explain what happened during the scam. : He tried to make me believe that he had fallen for me, that he is a good christian man, saying things like 'God will forgive them' or 'God/faith brought us together', my angel, my world, my heart, my dear... he always had a way of talking along with me, like he agreed with me all the time. And supported me in everything I did, was proud of 'his girl'.

He said he worked as a mechanical and nuclear engineer at the military base of Kleine Brogel (Peer) in Belgium. I live in Belgium too. He claimed wanting to settle in Belgium with a good wife, that he did not have a home now, and was somewhat jealous at the guys that left the base at night and had a wife and home to go to.

Made me almost believe that he wanted to live with me and my daughter. If I sold my former house that is on sale, we could buy a good house together wherever I wanted and he would ask transfer to work close, if I wanted to he would pay all by himself. Charm offender.

I have seen here that he has several versions about his origin and his parents and wife, kids or no kids history.
The version with me was: his dad died, was from California, he grew up there but moved to Houston, Texas. His mom was still alive (also sent me a picture) and she would adore me. And about his ex he told me once that she betrayed him with a mate of his, a soldier too. He had no kids but would treat my daughter like his own.

All in all, he spent a lot of time talking to me, long conversations, chatting me up. Every morning and evening and several times in between. I enjoyed the attention of a quite handsome man like that. In some video's he sent to me, he scared me though. I found that he could play a starring role in a movie about a psychopath. A psychokiller. Like the ones with the cup he's drinking of and the showing off muscles behavior brrr I recognised them here several times... he had sent them to me too. I deleted them, because they scared me. So I had this weird gut feeling from in the beginning, but still thought I should give it a chance, you never knew.

I found out he used the pictures of Sgt. Turner Edward, like he did with many here...

He always played the part of the perfect son in law, until I had something to say on things I didn't buy or made me suspicious. Then he got really angry and tried to manipulate me by making me feel guilty. We would have a small fight and afterwards he always forgave me. This happened 3 or 4 times on the total 18 days. I sometimes told him that there was nothing to forgive, that my attitude was perfectly normal. In the end I let him think that he was right forgiving me...

Last week, on Friday, he would have this important meeting, showed me a picture of him in official uniform, black and white. Told me he would finally know if the US would approve their project... Instead, he left on deployment to Syria the day after. He was heartbroken. Said 'Now that I found you, I must go, and this and that'. I was devastated too, I must say.

Then I didn't hear from him (probably had found other potential victims) but I thought it was normal cause he told me that at first, he wouldn't be able to contact me and I read in the newspaper that the Middle East has poor wifi. He had said that he would try to find a way to contact me, or he would go mad.

It was not until Sunday morning, two days after (probably gave him the time to network...) that I heard from him. He said he 'begged' a guy to use his personal wifi. Then I heard him regularly and on Monday he tried to pull the trick on me.

Tried to get compassion out of me. Was pulling my leg like if I where stupid. They had to pack up in a hurry so he did not have clothes enough, it was cold over there and stuffs were expensive.

Their salary would not have been paid yet. They almost ran out of food. He did not sleep well.
Would always think of me blablabla.

I immediately told him that this seemed really hard to believe to me...that certainly the American military takes good care of their people. Then he got mad again, 'so you call me a lyer?'
That was one of the times we 'kissed virtually' and made up.

But the day after, I checked his stories on people I know who where also in the army. I told him that I had been too tolerant with him, and asked him why did you lie to me? He didn't bother anymore to resist much and told me to go away. Probably already concentrating on another woman. Or women, who knows.

It had occurred to me that lately he was often online and not reading my whatsapp messages. So I was convinced now...
After this discussion, he said he was done. I was too. I blocked him. Still had the whatsapp messages, then he blocked me too I think, they where gone.

Did you send any money to the scammer? If so, how much?: no,no money whatsoever
Help yourself by helping others - report your scammer here.
Google can be your best friend;use it if you have doubts about someone met online. If someone met online only asks for money, no matter what reason, it´s 100% scam.
viewtopic.php?f=11&t=26504