So yesterday was the Euro Dating Awards in Amsterdam.  A few weeks ago we discovered that we’d been nominated in the safer dating category and were selected as a finalist.  Pretty cool, right?  Unfortunately I was unable to attend the event due to a prior engagement the same day, but I was following it on Twitter from my hotel room in the evening.

Let’s jump back a day or so earlier at this point.  I was asked if I’d make an acceptance speech in case we had won the award.  Remember, at this point we had no idea if we’d won it or not.  I wore a shirt.  I had a haircut.  Hell, I even dusted the part of my office you’d be able to see on the video.  The rest of it – well, that wasn’t on camera so no one would see it anyway.  We were placing bets on who’d win the award, and even we weren’t picking ourselves.  Spoiler alert.  The company we expected to win, didn’t.  Sorry, sucks to be you 😛

And now back to the night of the awards.  I’m in my hotel room, hotel branded slippers on, laptop in front of me and a 4 pack of cider to enjoy.  I’ll say at this point that I hate my laptop.  I only ever really use it for media interviews as I can take it wherever I need to be.  It’s slower than me waking up on a Sunday morning.  However, it does the job.  I’m watching the Twitter feed announce the winners when suddenly I get a message on my Skype.

“Congratulations on the award!”

Svetlana is a good friend of ours.  She runs diolli.com and was also up for an award that night.  Sadly, she didn’t win in her category.  However, earlier this year she did win one, and I’m pleased to say I was there to applaud her then.  A few seconds later, the Twitter feed updates to say we’re a winner.  The fact we first heard of our win from someone we consider a good friend made it that much more special to me.

My big fat head and big fat Welsh accent must have appeared on the big screen at that point.  I’m sorry about that.  It’s not a pretty sight.  But hey, we’re all adults here, so hopefully no one had nightmares after it.  Briefly, my acceptance speech went along these lines:

At this point, it’s worth reinforcing that I did genuinely mean the next sentences I spoke where I pointed out that the site is very much a group effort, and without the work and input of each of the other volunteers on the site, the site wouldn’t exist.  Our site has always been run under the assumption that we’re all equals.  Always has, always will be.  The crazy thing is, it’s a policy that works very well for us.

Now, the next thing I spoke about was my hope that the award would encourage sites to want to work with us.  What I hope is that, the fact we were given this award will encourage sites to approach us now.  Let’s see how that pans out.  Our doors are always open to any site, person or agency that wants to work with us.  Did I also mention that we do this for free, for no money, gratis, without pay and voluntarily.

So, to finish off, a few thank yous, shout outs and hellos to people.  Hashtag time! 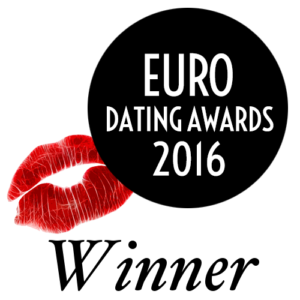 As I’m typing this, I’m celebrating with a few glasses of Southern Comfort.  As usual, the atmosphere between us is great, even if they are winding me up for drinking a “girly drink”.  Such is the life of a website owner 😉

cPanel gives me some interesting stats on the people who visit scamsurvivors.com and I thought I’d share these with you.

70.5% of visitors use Windows as opposed to 10.7% who use Linux and just 7.3% who use a Mac.  Roughly speaking, for every one person who accessed the site using a PlayStation, there were over 250,000 that used Windows.  Yet I still took the time to fix a coding error that showed up if you viewed the site on a PS3 after checking it out on my own console and spotting it.

The most popular browser is Google Chrome with almost 50% of all traffic.  Internet Explorer is way down with just 7.3%.  Both Safari and Firefox outdo the inbuilt Windows browser.

Google is the biggest name when it comes to searches, with almost 80x the hits the next search engine (Bing for the record) has.  Even DuckDuckGo beat AOL and Ask.

Right now, the most popular searches involving the people whose photos have been abused by scammers are  Danielle Delaunay, Briana Lee and Janessa Brazil.

Some other random facts.  Chrome users outnumber iPhone users by around 25,000/1.  Google image searches outnumber Bing searches by about 3/1.  The word “scam” is the #4 biggest hit that brings people to our site, double that of the word “scammer”.